Solent University is dedicated to giving international students the tools they need to shape their own success through a variety of courses which span business and law, the creative industries, engineering and technology, maritime, media, health and tourism.

The University is also a leading provider of sport education, highly ranked in the UK for health, exercise and sport science degrees, whilst recognised expertise and cutting-edge facilities have led to consultancy and research partnerships with national, international and Olympic sports organisations.

Solent University is one of the leading providers of football-related academic study in the UK, and have now been at the forefront of football education for over 20 years. Learn more below, and if you would like to begin your application, arrange a free consultation with SI-UK London today. 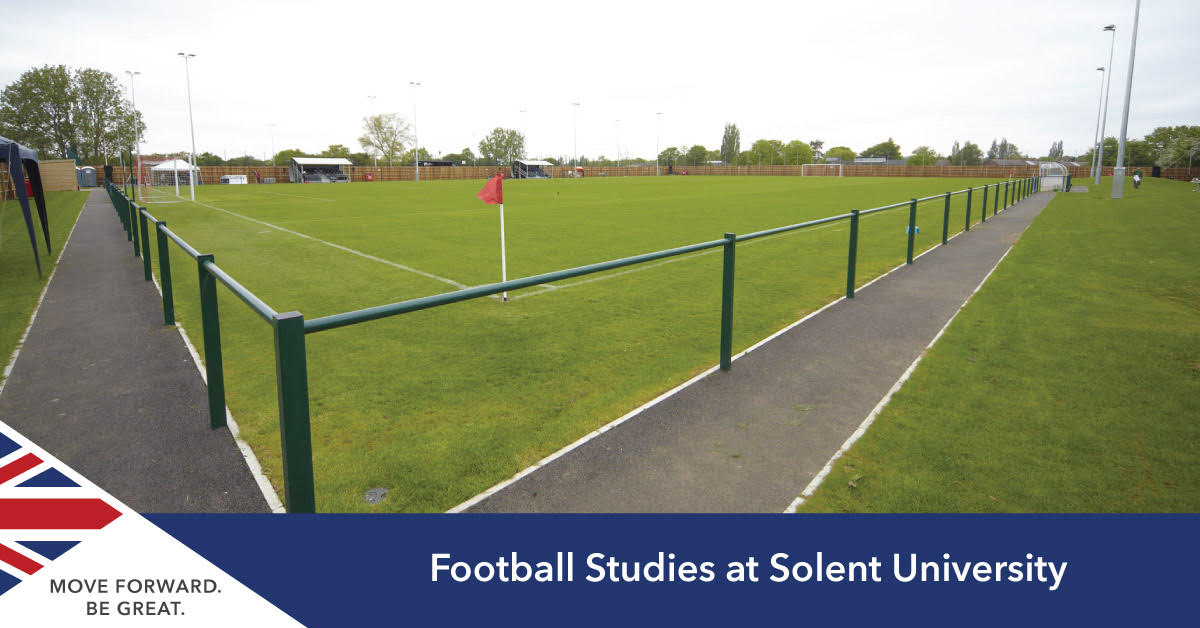 Since 2003, Solent University has run two highly successful, industry endorsed, undergraduate degrees in Football Studies and Football Studies and Business. These degrees have produced significant numbers of industry-ready graduates who have gone on to work at 11 of the 20 Premier League football clubs in roles such as:

Solent has also educated staff from FIFA, the FA, the Premier League, the Football League, and more than 60 professional clubs, helping the University forge and maintain long-standing relationships that have resulted in work placements, regular guest speakers and live briefs.

In the 2019 QS World University Rankings Solent was awarded five stars for employability, facilities, inclusiveness, internationalisation and teaching. Solent University courses have a reputation of high quality and studying here means learning from the best and graduating with a degree that is recognised around the world.

The University is home to The Lawrie McMenemy Centre for Football Research (LMCFR), a multi-disciplinary football education, research and consultancy centre, which provides expert support for the football industry, students, and the media in a number of areas.

Research is a key focus for Solent and, following a study by the University into the relationships between managers/coaches and officials which was commissioned by the League Managers Association, the Premier League implemented a code of conduct for managers and coaches that was executed across professional football.

Solent University is located in Southampton, a vibrant and modern city that has something to offer everyone – and Solent is right at the centre of it.

Strong ties with local government, businesses, organisations and residents across the city, Solent is heavily involved in the economic, social and cultural development of the region. Southampton has a rich maritime heritage and offers the excitement of a bustling waterfront city which is also only 70 minutes away from London via direct train!

Are you ready to begin your UCAS application to Solent University? Arrange a free consultation with SI-UK London today.