Governments and organisations all over the world are currently working towards a greener planet as the realisation sets in that our fragile eco-system needs protecting. UK universities are often at the forefront of world-leading research which makes a huge impact in how we live our lives. 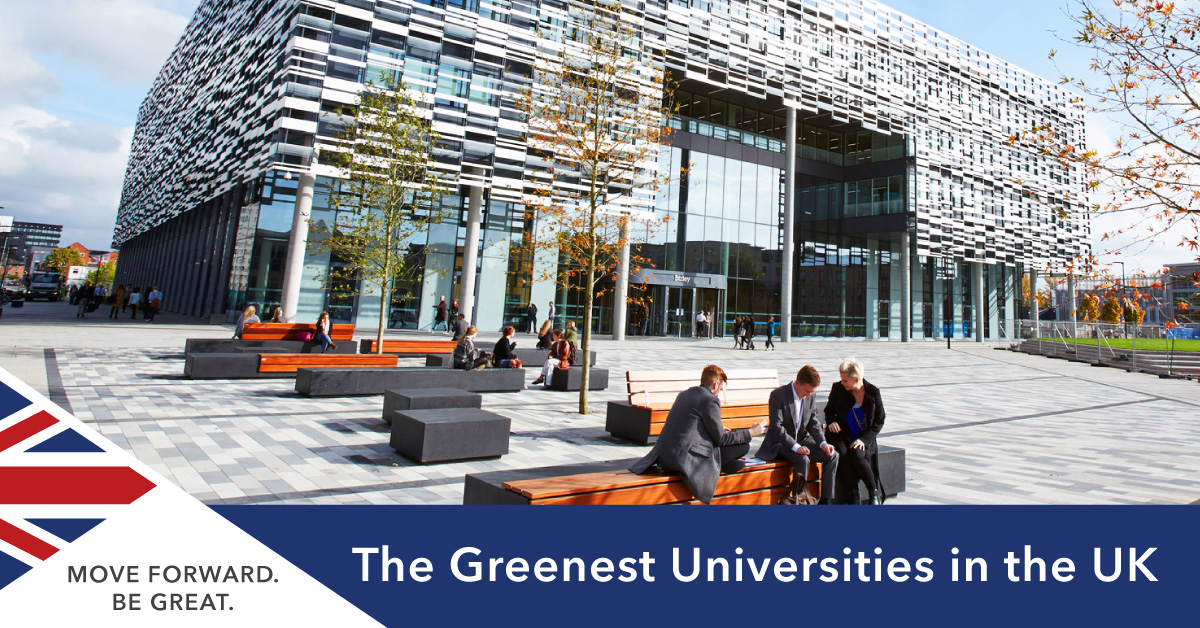 The University of Gloucestershire see sustainability as the big challenge of the 21st century, and they offer students and staff the opportunity to become change-makers and pioneers who can make a real difference to the planet. Gloucestershire consistently finish top of the People and Planet universities’ “Green League” and received a Special Recognition Award in 2013 for this performance.

Since finishing 91st in 2007, Manchester Metropolitan University have shown an almost unparalleled dedication to making a positive impact on the environment. The University first topped the table in 2013 (and have never left the top three since) and this year they were awarded maximum marks for environmental policy, auditing and environmental management systems, sustainability staff, and education for sustainable development.

Since being named as the most sustainable university in the UK in 2016, Nottingham Trent have maintained their high standards. Nottingham Trent's success is due in the large part to projects such as the award-winning Pavilion building which is carbon-negative and produces more energy than it needs to run.

From a starting position of 101st in 2012, Northumbria is now ranked the 4th most sustainable university in the UK. The University scored particularly well for its Environmental Sustainability Policy and Strategy, carbon management, and waste and recycling, with Professor George Marston, Pro Vice-Chancellor for Research and Innovatio, saying: “This is an excellent result and recognises the many sustainability initiatives we have developed and grown over recent years."

The University of Worcester's fourth place means a sixth consecutive top five finish for the University, who also won two Green Apple Environmental awards for joint initiatives with the local council. City, University of London joint fifth place finish means it is the greenest university in London, an incredible achievment considering the UK capital is one of the buesit cities in the world.

If you are interested in learning more about all aspects of studying at a UK university, visit our dedicated scholarships, course search and rankings pages, and then visit us for a free consultation in London or Manchester to go over your study options.