Selecting the right course and university is hugely important when deciding to study in the UK, and The Times and Sunday Times University Guide is considered one of the best measures of UK university performance in the world. Alongside its ranking of over 130 UK universities, a number of awards are also given to universities in different areas each year.

Learn more about the 2020 award winners below and if you have any questions about studying in the UK, arrange a free consultation with SI-UK in London or Manchester today. 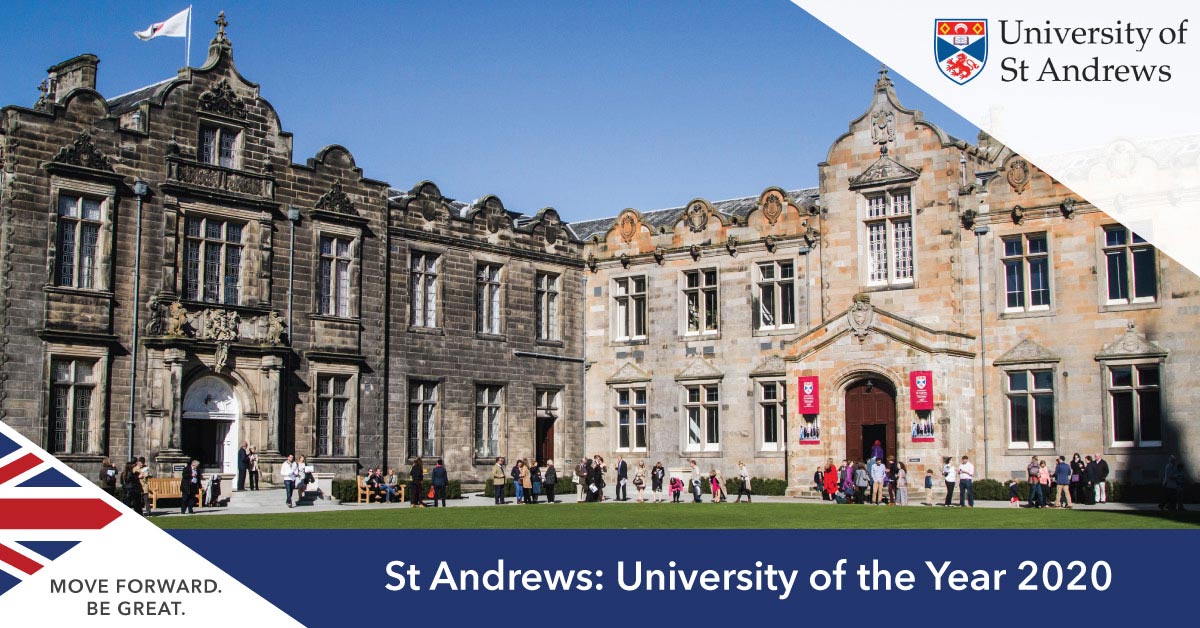 The University of St Andrews was named University of the Year by The Times and Sunday Times Guide, as well as maintaining its overall third position in the 2020 league table. One of the oldest universities in the English speaking world, St Andrews has a global reputation for world class teaching, student satisfaction and courses which produce leaders in their field.

The University of Stirling became the first Scottish university to win the Sports University of the Year award prize, cementing its position as a UK leader in sports performance, research and education. World class facilities and constant innovation from the University have created a strong environment for training, playing and staying healthy.

As well as being named the Scottish University of the Year for 2020 by the Times University Guide, the University of Strathclyde also has the best student satisfaction ratings in Glasgow and among the best in Scotland. Many international students choose to study in Scotland and Strathclyde’s global reputation continues to grow.

Aberystwyth University has been named the Welsh university of the year for the third year running, as well as being ranked second in the UK for student experience and teaching quality. Studying in Wales is a popular choice for international students and Aberystwyth has once again confirmed its place as a Welsh leader in higher education.

Harper Adams University became the first post-1992 university to make the top 20 of the Times University Guide Rankings this year, as well as winning the Modern University of the Year prize for a second time. Harper Adams focuses primarily on courses in agriculture, specialising in areas such as food production, processing and animal sciences.

If you are interested in studying in the UK at one of the above universities, arrange a free consultation with SI-UK in London or Manchester today.