Top Five Universities in the UK to Study Film

A Film degree at a UK university is ideal for international students who want to explore how and why films
are made, focussing on theory, societal context and production over a long historical timeframe. Modules on UK film degrees are varied, and students will be able to create their own learning experience, ensuring they study what interests them the most.

Film degree graduates go on to work across a broad range of professions in the media sector including research, presenting, camera operation, producing and directing.

Many UK universities offer film degrees, but selected institutions excel. Factors that go into a university performing well include graduate prospects, industry connections and student satisfaction scores, and you can learn more about the top five UK universities (Guardian University Guide 2021) to study a film related degree below.

If you have any questions about studying a film course in the UK, do not hesitate to arrange a free consultation with SI-UK London today. 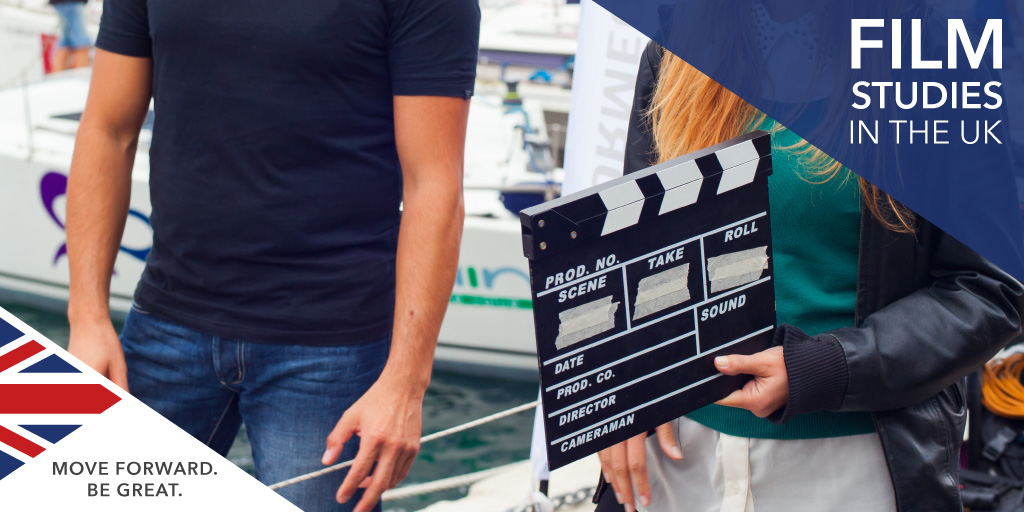 Founded in 1413, it's no surprise that the University of St Andrews is known across the globe as a world leader in education. The University is currently Scotland’s top university and ranked 2nd overall in the UK (Guardian Good University Guide 2021).

Students who studied Film at St Andrews were the most satisfied in the UK in 2019, awarding it a 100% score in the National Student Survey, and it continued to match those high levels by ranking as the best university in the UK for media and film studies by the Guardian University Guide 2021.

What the University say: “As a film studies student, you will study a range of films and media - mainstream and peripheral - from around the world and the contexts in which they are made, seen and used. Film studies at St Andrews has particular expertise in global film cultures of production, distribution and exhibition and film and media historiography.”

Loughborough University is top 10 in all 2021 UK league tables and is based on a large 440 acre single-site campus at the heart of the UK. With incredible facilities, Loughborough have an international reputation for excellence in teaching and research, strong links with industry, and an unrivalled reputation for sport – they are the number one university for sport globally!

What the University say: “On the BSc Media and Communication degree you will acquire a thorough understanding of both historical and contemporary developments across a number of key media sectors including the press, broadcasting, film, advertising and digital media.”

Teaching at the University of Warwick is delivered by academics at the head of their fields, giving you fresh insights and approaches to learning. The University has an international reputation for excellence and is currently ranked 8th in the UK (Guardian University Guide 2021) and 61st in the world (QS World University Rankings 2022).

What the University say: “ Our Film Studies degree covers the foundations of film and television theory, analysis and interpretation, and history. From this foundation, you will develop your understanding of national and historic film cultures.”

Located in the South West of England, the University of Exeter is a member of the prestigious Russell Group and was awarded Gold in the most recent Teaching Excellence Framework. Exeter also offers excellent graduate prospects, with 95% of graduates in employment or further study six months after graduation.

What the University say: “Exeter Film and Television Studies is taught by world-leading academics.Our commitment to innovative teaching has made us one of the top-rated programmes in the UK in the league table rankings.  Our stimulating programme, supported by world-class resources and research-led teaching, will give you new perspectives on film, television and visual culture.”

Home to 60,000 students in the historic city of Edinburgh, the 4th most beautiful city in the world (Rough Guides 2017), Edinburgh Napier University comprises six schools, each with an international focus and a dedication to growing its academic reputation.

What the University say: "You will be taught to a high technical standard through the craft of script writing, producing, directing, documentary film-making, production design, cinematography, editing, sound design and other roles that are instrumental to industrial and independent film-making practices."

If you need further advice about what is required to study a Film degree in the UK, arrange a free consultation with SI-UK London today.