Spring is just around the corner and to celebrate the International Day For Monuments and Sites on April 18th, we have put together a list of five of the best landmarks you will not want to miss in the UK when the sun is shining!

If you are interested in studying in the UK and visiting some of the most famous landmarks and sights in the world, why not arrange a free consultation in London or Manchester with our international consultants? They can help make you aware of different universities, subjects and funding opportunities in the UK, advising you on the best course of action for your future. 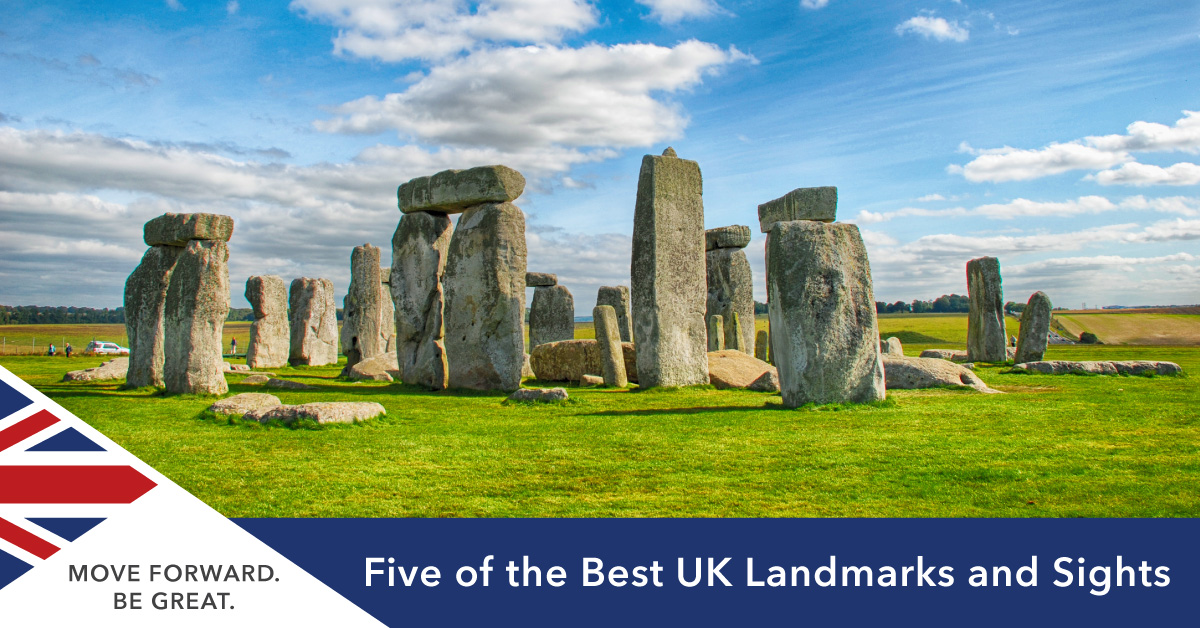 Stonehenge is one of the most iconic monuments in the world and, to this day, it remains a mystery as to why or how it was built. Consisting of a ring of standing stones, it is believed to have been erected some time between 3000 BC to 2000 BC.

Buckingham Palace has been the official London residence of Britain's monarchy since 1837 and is the current home to the Queen. It was first transformed into a palace in 1826 and consists of an enormous 775 rooms. If you want a look inside, it is open to general public each year from August to September.

Located on top of an extinct volcano, castle rock, Edinburgh Castle is home to the Scottish crown jewels and is the city's most popular tourist attraction. Castle rock is some 120 metres above seal-level and offers fantastic views across this historic Scottish city.

The UK is famous for its beautiful rolling countryside, but also offers breathtaking ravine's to rival other jagged landscapes across the world. Cheddar Gorge was forged through meltwater floods over 1 million years ago and is now home to caves, rock formations and underground rivers.

Hadrian's Wall is a world heritage site which spans 73 miles across the north of England. It was originally built by 15,000 men on order from Roman Emperor Hadrian and was a defensive fortification that marked the northwest frontier of the Roman Empire. This incredible feat of engineering needs to be seen to be believed.

Do you want to learn more about studying in the UK? Explore further UK Study Information, Study Options and UK University Subjects! We can also help answer all your question with a free consultation in Nairobi or Mombasa. Book your free appointment today.

Universities featured in this article

Back to Study Guide
Book a free consulation Search Course

SI-UK's service is fast, reliable and efficient. Their consultants are specialists, working closely with all UK universities and, through my consultants' advice and application assistance, I was able to receive offers from my favoured universities.