The Best Modern Language Degrees in the UK

The importance of English as an international language has never been greater in the modern world, but it is not the only language which connects people and business globally. The four other most commonly spoken languages in the world are Mandarin, Spanish, Hindi and Arabic (all varieties) and, as demand continues to grow in the export, international relation and international business sectors, the need for talented workers fluent across a range of international languages – not just English – is also on the rise.

A recent survey showed that almost two-third of businesses in the UK require skilled linguists, with many companies currently relying on translators from elsewhere. Studying modern languages at a UK university will help you better understand the culture, politics and business of a country through the fluency of verbal and written speech, equipping you with the skills to work across a wide variety of sectors. 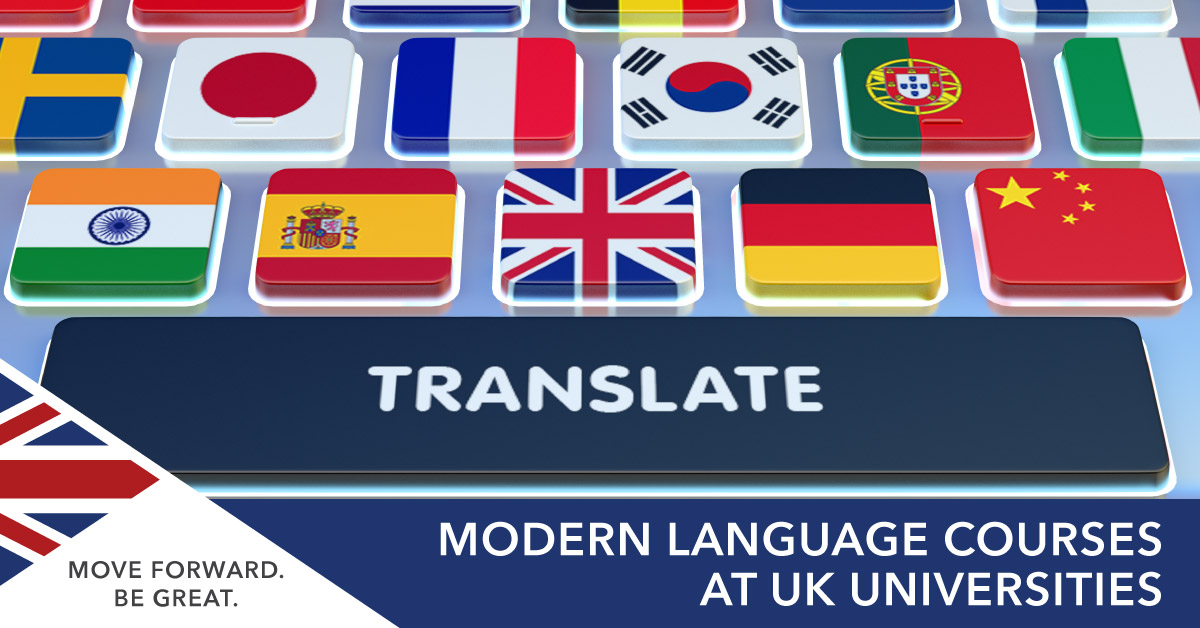 An undergraduate modern languages degree will generally last four years, consisting of two years study, one year abroad and one year working on a final dissertation. Students can master two or more languages, choosing to combine them with a subject such as business, politics or film, and the study year abroad provides a unique experience to live in the native country of the language they are learning.

A typical Masters in modern languages lasts for just one-year and is for students who wish to deepen their critical engagement with language culture and their chosen specialism.

Modern Languages has been taught at the University of Oxford since 1724 and its faculty is one of the largest in the country for the dedicated learning of modern language and linguistics. Modern Languages BA students will spend a compulsory year abroad, usually in the third year, where they will gain valuable experience for improving language ability.

The Modern and Medieval Languages MML at the University of Cambridge will see students study two of French, German, Italian, Portuguese, Russian, Spanish and upon graduation, you will be able to speak with near native-level experience in at least one of them. The demand for highly skilled fluency in a foreign language has never been higher and many Cambridge graduates have gone on to work at international law firms, the BBC and UNICEF.

The School of Modern Language at the University of St Andrews will see international students study alongside experts in language subjects (Arabic, Chinese, French, German, Italian, Persian, Russian, Spanish), as well as Comparative Literature, whose research stretches from the Middle Ages to the present day across a wide range of topics.

The School of Modern Languages & Cultures at Durham University is ranked in the global top 100 of modern language departments (QS World Rankings 2021) and over 80 80 full-time members of staff teach at undergraduate and postgraduate levels in a wide range of subjects, including language, literature, cultural history, cinema and visual culture, and translation.

Study Modern Languages in the UK

If you are interested in learning more about language, linguistic and translation courses in the UK, get in touch with SI-UK London for a free consultation. Our friendly academic experts can help answer all your questions about studying in the UK.